They have already accurately labelled and precisely inspected more than half a billion small bottles since they were commissioned a good three years ago – time to take stock of the performance of the HEUFT quality assurance systems along a modified filling line of the leading energy drink producer in Thailand. 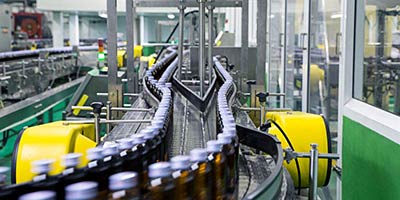 The Osotspa Co., Ltd. in Bangkok is rich in tradition and claims to be the best consumer goods company in Southeast Asia.  The Special Project Manager Warakorn Laiywatcharakul reveals that great importance is therefore placed on best product quality not only during the production but also above all during the filling of energy and functional drinks as well as health and personal care articles.  "That includes the appearance, taste and especially the safety of the product."

The line was optimised there in 2015 and equipped with flexible HEUFT solutions for an efficient and smooth container transport, careful high-speed labelling and a reliable quality inspection in order to always guarantee all this and at the same time push the efficiency and productivity when filling revitalising drinks of popular brands such as Lipovitan-D, Som-In-Sam or Peptein8000 into small bottles in four different formats.

The FBI sees everything! 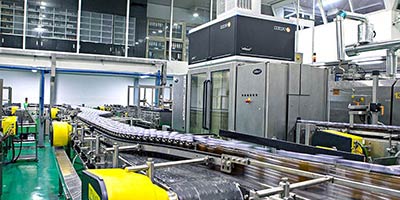 It was mainly because of the FBI that the choice fell on the technology leader when looking for the right supplier.  A full bottle inspector was needed which could provide both:  "cameras and X-rays in one machine", says Mr Laiywatcharakul.  Only the HEUFT eXaminer II XOS known to be "highly reliable and accurate" was able to fulfil these requirements.  It covers well over 360 degrees of the container volume during the camera-based complete inspection of the Osotspa full containers in order to reliably identify low density foreign matter, contamination and defects everywhere.

And with the unique pulsed X-ray technology "we can see foreign objects with a higher density than water" explains the Project Manager – for example two millimetre glass splinters in a small glass bottle.  This was already evident during the first tests with samples which had been sent in and was confirmed not only during the works acceptance test in Burgbrohl and the site acceptance test in Bangkok but also during running operation. 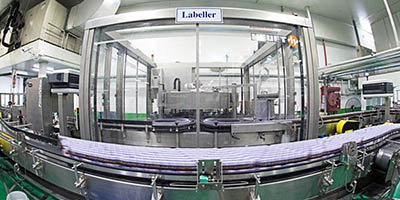 According to Mr Laiywatcharakul the HEUFT TORNADO W machine with automatic magazine feed which achieves accurate labelling without air bubbles of 54,000 bottles per hour "with less glue consumption" also runs really well.  In the meantime it has equipped well over half a billion Osotspa containers.  And the downstream HEUFT FinalView LBL for a detailed label inspection also "works perfectly" according to the expert.  Whether labels which are misaligned, incorrectly positioned, applied the wrong way round or of a different type:  every fault is detected reliably.

The modification of the line "brought additional gains in efficiency" – not only due to the dynamic new HEUFT beetec conveyor drives but also "due to the concept of the pressureless line flow control" with the HEUFT synchron TXI.  The latter ensures a faster, more harmonious single-lane and multi-lane container flow through the system and at the same time prevents glass breakage and the associated high reject rates due to crashing bottles.

The Osotspa Project Manager's assessment is correspondingly positive.  This not only applies to the result but also to the handling of the project.  "It took a little longer at first because both sides had to learn from each other but after this learning curve HEUFT was always there for us to provide support and assistance until our quality expectations were met".