The unconventionally served anniversary beer at the AusleitBar (rejecTable) was not the only crowd puller on the HEUFT stand.  The guests there were also given plenty of food for thought regarding innovations for a sustainable in-line quality assurance.  In particular the first labeller on a HEUFT SPECTRUM II level caused a sensation at the BrauBeviale 2018 in Nuremberg – and its hands-free voice control attracted a great deal of attention.

Opening the bottle, pouring properly and placing it on the conveyor together with the glass ... and already the fair guests got their beer served automatically. But this clever AusleitBar (rejecTable) was by no means the only attraction on the HEUFT stand of almost 500 square metres at BrauBeviale.

The two rotary systems for empty and full containers also developed into real attractions.   No wonder:  when else do you have the opportunity to experience both the X-ray assisted premium system and the new standard for an empty bottle inspection on a HEUFT level in continuous operation during the detection and rejection of bottles with realistic faults safely?  The same applies to the reliability of the HEUFT eXaminer II XOS when identifying a wide range of foreign objects in full bottles and various options for a fill level, marking and closure detection. 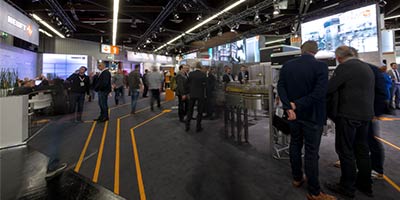 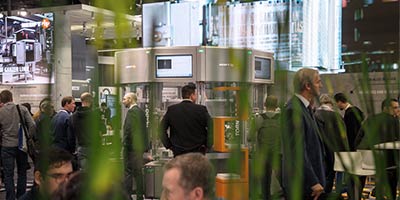 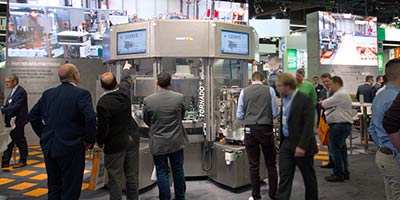 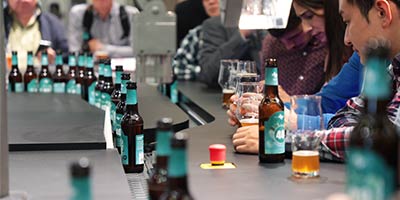 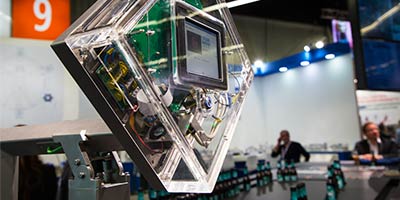 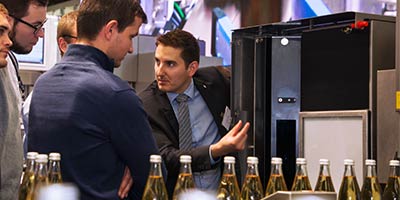 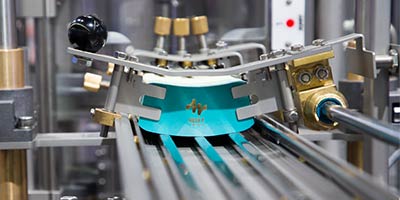 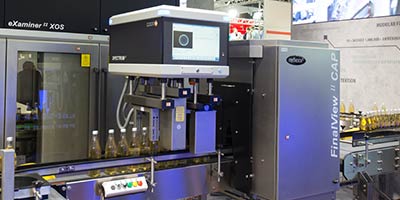 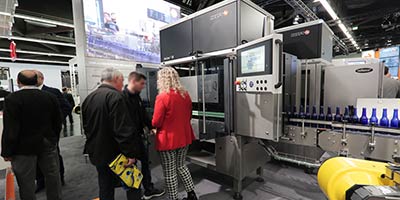 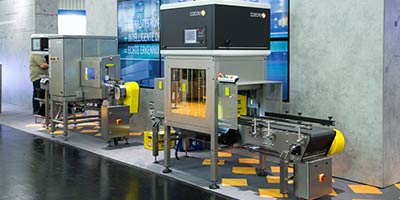 However the focus of the exhibition appearance was on the innovative alternative for dynamic labelling:  the HEUFT TORNADO II dynamic!  The fact that the semi-modular machine of the new generation, which is practically without a machine table, can be equipped with up to four stations for wet glue, self-adhesive or wrap-around labelling as well as various detection modules for the comprehensive quality assurance of the newly finished bottles caused a sensation.
The first labeller based on the highly automated HEUFT SPECTRUM II platform was also popular with the visitors to the exhibition with proven features such as the camera-based servo-controlled fine alignment of the bottles for extremely precise labelling results or the automatic magazine feed for a sustainable increase in the label stock without manual intervention.

The innovative dialogue function of the HEUFT TORNADO II dynamic ensured not infrequently but above all attentive listening first and then speechlessness:  you can hold a proper conversation with the machine and control it by voice alone and simply operate it efficiently without touching it in any way even far away from the HEUFT NaVi terminal!

Countless visitors to BrauBeviale congratulated the company, which has been setting standards in quality assurance when filling drinks for over 40 years now, on this truly impressive performance – with a properly poured, automatically served HEUFT 40th anniversary beer at the AusleitBar (rejecTable)!