It was the first of its kind. Our multi-segment flow rejector, which was patented 43 years ago, still sets the standards today when it comes to the accurate high-speed rejection of full containers: several fingers which can be activated individually pneumatically form a curve which conveys the containers to be rejected upright out of the filling line without touching directly adjacent containers and removing them from the production process. Only those containers that are actually to be discharged are removed. Even where 100,000 containers and more are filled every hour the HEUFT DELTA-FW achieves this reliably.

However, it is not uncommon for beverage can lines to be filled a good deal faster so that more performance is simply required there – above all for targeted sampling for internal quality assurance. As the inventors of the ingenious multi-segment principle, we have once again reached a new level of development especially for such applications. Even at conveyor speeds of 3.2 meters per second and hourly outputs of up to 150,000 units, it is no longer possible for the containers to bounce off the guide rail and be thrown back into the production stream.

At these speeds, individual beverage cans have long since become invisible to the naked eye. The further developed flow diverter nevertheless keeps them apart reliably thanks to the precise container tracking of the HEUFT SPECTRUM II fill management and inspection systems even when they are standing close together on the conveyor.

Whilst the use of slim single-segment rejections such as the HEUFT pusher is completely sufficient for rejecting faulty cans which are to be conveyed to the waste garbage can due to fill level deviations or foreign object contamination for example, the further developed HEUFTDELTA-FW is predestined for more complex tasks. For example it is ideally suited for the upright removal and accumulation of samples. This is particularly evident in high-speed canning lines. But it has also been successfully integrated into very fast bottling lines.

With a specially adapted compressed air supply and a smaller number of weight-reduced, better-damped individual segments in different formats, the functionality and design of the proven rejection system have been modernized. A special rinsing function has also been integrated into the HEUFT DELTA-FW so that the individual rejection fingers cannot block if they have been contaminated with sticky-sugary liquids such as lemonade for example which is also activated automatically after each line stop.

Primary containers with a diameter of between 30 and 90 millimetres are reliably discharged by the further developed flow diverter. This makes it ideal for sampling slim cans, classic 0.33- and 0.5-liter beverage cans, as well as large-format food cans and many other frequently used primary packaging materials. And not only at high production rates of up to 150,000 containers per hour! 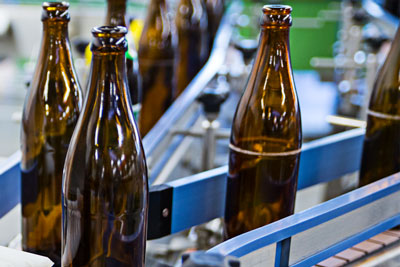 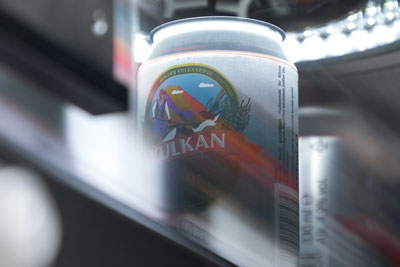