"It couldn't be better!"

The Arcobräu brewery not only relies on the new HEUFT systems, for the complete all-around inspection of empty beer bottles and the careful labelling of full ones, for the extremely successful Mooser Liesl. 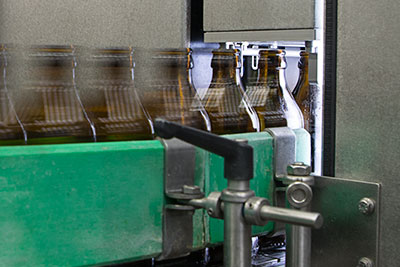 Mooser Liesl has made it to the top in a very short time. The traditional Bavarian "Helles" has been voted "Drink of the Year" in the German beer category only three years after it made its comeback in 2015 – and has already reached tenth place among best selling brands in Germany with an output of 88,000 hectolitres. Arcobräu Gräfliches Brauhaus GmbH & Co. KG has started to install new QA equipment for the faultless filling of this and numerous other beer specialities so that the original, brewed with special types of malt and natural hops from Moos in Lower Bavarian, is not only poured out into jugs by the attractive "Liesl" like in the old days but can also be enjoyed at home from flawless glass bottles. A new generation HEUFT system has been carrying out the continuous inspection of empty bottles for over a year now and a state-of-the-art labelling machine will follow shortly.

Arcobräu attaches great importance on the one hand to the safety of the brown 0.5 litre Euro and NRW containers as well as the brown, green and clear 0.33 litre Euro and ale containers which are filled there. Therefore the empty bottle inspection with the compact new HEUFT InLine II IR covers all the surfaces of the primary packaging completely in order to identify cracks in its walls or even sharp-edged finish chips in addition to many other foreign objects on the base reliably. On the other hand a perfect appearance is important for the top product of the already quite large private brewery in Lower Bavaria which has a total annual output of more than 160,000 hectolitres as the Master Brewer Günther Breitenfellner, who is responsible for the entire technology, reveals: "We don't want any scuffing rings whatsoever for the Mooser Liesl 0.5 and 0.33. The inspector has very strict settings in this case. And we only tolerate a slight scuffing ring for the NRW bottles." 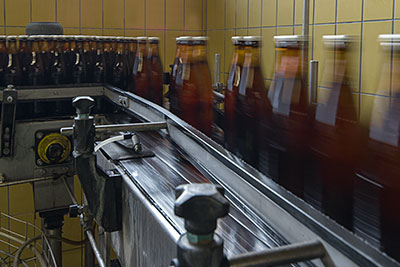 It is therefore really good that the double optical sidewall inspection even detects the slightest scuffing reliably and that the tolerance of the adaptive HEUFT reflexx² image processing system can be regulated so individually that it fully meets the special quality requirements of the Arcobräu brewery. An upstream infeed check ensures that non-brand and otherwise unusable empties are removed by the HEUFT mono rejector before the actual inspection with the space-saving HEUFT InLine II IR. These are not the only reasons why the brewery chose the inspector based on the highly automated HEUFT SPECTRUM II platform which, with a line output of up to 40,000 containers per hour, not only identifies scuffed empty bottles reliably, among other things, but also those which are contaminated with glass splinters or caustic residual lye or are damaged and rejects them in an upright position carefully. "Above all HEUFT has managed to deal with the stability of the rejected bottles wonderfully", praises Mr Breitenfellner the Master Brewer. Furthermore we also "decided in favour of HEUFT because of the camera technology, the changeover and retooling times and the conveyor control before and after the inspector".

Compared to other suppliers, the medium-sized family company from the Eifel region triumphed in all these areas, especially regarding the real-time adjustment of the conveyor belts, which is so important for a harmonious, continuous supply of inspection equipment and control machines, and with which Arcobräu has had the best experience for almost 15 years. Since then we have also had "a corner combiner for the bottle filling," says Mr Breitenfellner. The full container mass transport is redirected by the HEUFT streamer C in a space-saving manner and without contact onto a single-lane conveyor where the HEUFT synchron conveyor control system brings the containers together gently and carefully. "This means that the bottles are combined into one lane around a 90 degree turn. And HEUFT was the only company (and still is today) which offers this and can also control it." 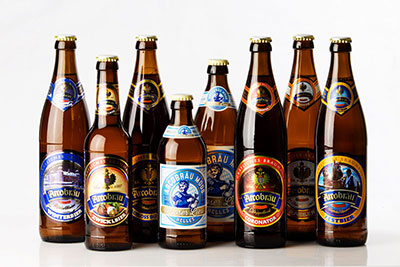 This ensures that the freshly filled beer bottles can enter the HEUFT TORNADO , which has also been carrying out its careful wet glue labelling there since 2005, steadily and without gaps. Mr Breitenfellner remembers that "the technology and the fast changeover time" was the decisive factor in the decision to purchase at the time. "And above all how we're treated as customers." Before, during and also after the installation, for example, when dealing with subsequent optimisation: "HEUFT was so impressive. And the labelling machine which is still running was also wonderful regarding the obtaining of spare parts and maintenance."

But gradually the time has come to replace it with a state-of-the-art system. Here too "we have decided on HEUFT and chosen the new generation labeller because it is a good combination of the latest technology and also a technology which has proven its worth over the past few years". And in fact: the versatile HEUFT TORNADO II classic, which will be integrated along the Arcobräu filling line next year, combines a new dimension of automation, performance and operational reliability during the wet glue, self-adhesive or wrap-around labelling process with a robust classic design and proven labelling quality. It will be equipped with two electrically coupled wet glue labelling stations including a clean in place function for collar, body, back and neck labelling in Moos. Mr Breitenfellner explains "we also produce certain brands with foiling so that foil is applied to the complete bottle neck" in addition to Mooser Liesl and various other brands from light, dark, wheat or pilsener beer. "HEUFT promised us crease free, closed labelling. And I know: if HEUFT promises something then it keeps it." 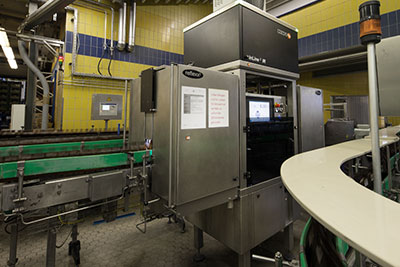 A special sensor system is integrated directly into the HEUFT TORNADO II classic for the immediate examination of the presence of all the freshly applied labels and the newly developed intelligent sensor camera is used for reading as well as verifying the contents of the best before dates. These markings are applied by an inkjet coder connected directly to the labeller which the HEUFT subsidiary SIMACO supplies together with suitable inks and consumables. Another HEUFT DELTA-K in the outfeed of the machine ensures that the bottles in question are rejected reliably in an upright position should incorrect labelling or printing errors nevertheless occur. "What we have seen so far and what has been shown to us is cutting-edge technology" says the brewmaster. Above all the good accessibility for easy maintenance and cleaning and the almost fully automatic, audiovisually assisted brand and program changes which the labeller carries out based on the HEUFT SPECTRUM II with its tamper-proof HEUFT NaVi user guidance were impressive because "HEUFT guaranteed us changeover times which the competitor could not keep".

Mr Breitenfellner is confident that the integration and commissioning of the new labelling machine will go according to plan. After all, he has already had the best experience in this respect – most recently with the installation of the new generation empty bottle inspector. He remembers that "a schedule of one week was set" for this which included dismantling the previous device from another supplier. "And HEUFT took a giant leap forward and was finished three days earlier than promised." He is also impressed by the cooperation: "Whether it was with the technicians, the HEUFT project planner or the field service: as brewmaster I found it finger licking good – it could almost not be any better or less problematic!" Just as lovers of a good beer find the Mooser Liesl from Arcobräu finger licking good which they can certainly enjoy from glass bottles which look and are perfect. 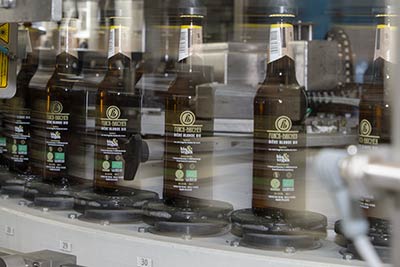 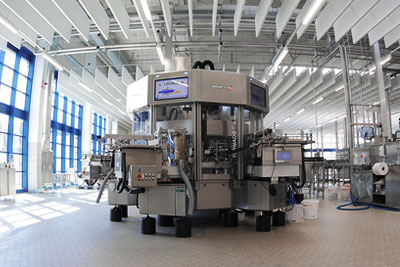 In a confined space: "HEUFT is up and running!" 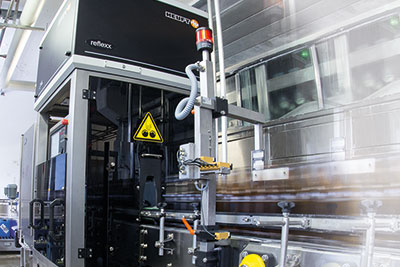