Quality and conformity all along the line!

A new HEUFT TeKnowledge workshop in the Schönram brewery provided interested sector representatives with valuable insights into consistent quality management to protect the safety, conformity and legality of the end product in the filling and packaging process. 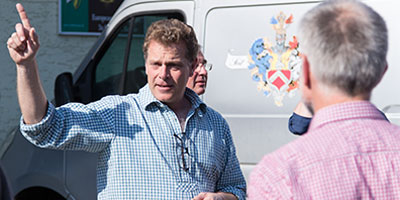 Just any hop? No way! Eric Toft already makes the highest demands when selecting the raw materials. Only particularly noble and aromatic hop varieties may be used for producing his "traditional and really home-brewed" beer specialities. And indeed that is not enough for him: the Head Brewmaster of the private Schönram rural brewery even includes the position of the respective hop field in his selection criteria. He revealed this during the HEUFT TeKnowledge workshop which was recently held on his premises. And this was immediately an issue. Because the careful quality management of the small but fine brewery is far from over with the selection of the best ingredients. It extends far beyond the complete brewing process up to filling, labelling and logistics.

Some time ago a bridge was built in the middle of Schönram straight over the main road of the Upper Bavarian village in order to be able to ensure this even with increasing production volumes – the annual output of full and craft beers has climbed from 50,000 to some 80,000 hectolitres per year since 2010 alone. The bridge connects the modernised filling line of the multiple award-winning rural brewery to a new beverage logistics centre. It provides sufficient storage space for full and empty containers besides a combined palletising and depalletising system with portal technology for 20,000 bottles per hour which Johannes Seidel from BMS Maschinenfabrik GmbH presented to the workshop participants. Therefore "winter bottles" that is cases which are stored outside and suffer from thermal stress are no longer an issue according to Mr Toft. The empty crates are taken across the bridge to the other side of the road into the bottling hall after depalletising – and in doing so overcome a whole five metres in height over a total distance of more than 250 metres. 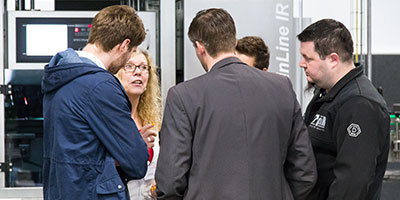 But not before the HEUFT LX has checked their unpackability and brand purity. The interested sector representatives could experience with their own eyes that it only allows good returnable empty cases containing suitable bottles to pass. The same applies to the performance of the HEUFT systems in the optimised bottling hall on the other side of the road which were all presented in operation: the sorting and all-around inspection of the empty bottles before the filling process starts immediately after the washing machine. The HEUFT SX and HEUFT InLine deal with this. Both are now possible in one device with the particularly compact empty bottle inspector of the new generation.

The new features in the HEUFT InLine II IR include an intelligent infeed check which replaces an additional sorting system. It only allows the correct empty containers through and "also serves to protect the inspector in order to avoid disturbances", explained Martina Frey the relevant HEUFT Product Manager. "That is why we look at shape, colour and brightness as well as for lying bottles and broken bottles." Therefore unsuitable empty containers are already rejected before the actual inspection. It covers the total container volume completely in each case with lighting adapted exactly to the previously measured glass brightness. An optical detection unit with only one camera is enough for an all-around inspection of the bottle walls for inclusions, defects and contamination in low output ranges. Therefore the device fits into every installation space. The modular system with the double or fourfold sidewall inspection for a true 360° inspection of up to 72,000 bottles per hour can also be integrated easily and using little space just like its predecessor at Schönram.

Finish inspection as protection against contamination 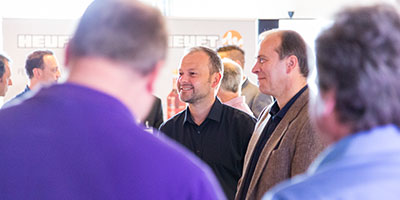 It achieves what every HACCP concept in food safety management requires as a KO criterion for product-oriented certification in accordance with IFS Food as part of an audit. The timely detection of accidental contamination. "This mainly involves the area of foreign objects with more than a third of all product recalls between 2012 and 2016 in Germany", reported Tobias Voß from the Romeis institution. "This is definitely an issue which is very relevant to manufacturers. And that brings us straight to the point, namely that the devices from HEUFT give you security in this respect." The thorough inspection of the bottle base not only plays an important role in this. "The finish has also received increasing attention over the past years," according to Martina Frey HEUFT expert. "We not only look for finish chips but also for fine cracks without the loss of material in the sealing surface with our colour finish inspection." Because these carry a risk of contamination later on "if a piece of glass breaks off the finish during the closing process and falls into the bottle."

So-called foreign materials, such as cleaning agent remains, are no less dangerous because according to Mr Voß they form the second category of accidental contamination. "It happens every now and then", he reported, "that someone really has problems, ends up in hospital or even falls into a coma because there is lye in the bottle". Therefore one of the most important features for Martina Frey, particularly along returnable lines, is the residual liquid detection when inspecting empty bottles: "This is the only detection which is used redundantly at HEUFT. We just saw that in the bottling hall: there is a lye detector at the inspector and there is another one just before the filler as a final safeguard."

Full container check in the labeller 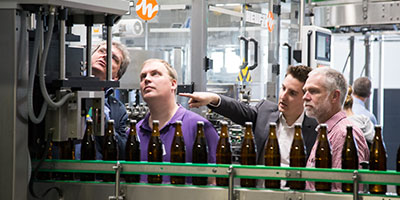 According to Mr Voß "improvements can still be made" during the certification process in the case of KO criteria such as contamination – for example by retrofitting with HEUFT detection technologies. "However the whole audit could be over immediately if major criteria are not met." These include, for example, deviations in filling quantity as well as marking faults but above all "incorrect labelling regarding the best before date", according to the expert. It is good that the HEUFT SPECTRUM VX, which the guests could also experience in operation in Schönram, also checks, among other things, the fill level of each bottle – including foam compensation! The real verification of BBDs and other product coding is indeed possible with the fill management system and its even more highly automated successor.

"As full members of the modular HEUFT SPECTRUM family all these full container checks can also be integrated directly into our labellers", Markus Müller revealed to the guests. They were able to inspect the proven HEUFT TORNADO W with two wet glue stations for the clean application of body, back and collar labels live in the modern filling plant of the private brewery which also checks the presence of the label and BBD in the same work process. A real marking verification, different modules for checking the closure as well as HF or X-ray based technologies for precisely examining the fill level are easy to integrate among other things – including fault rejection behind the machine. 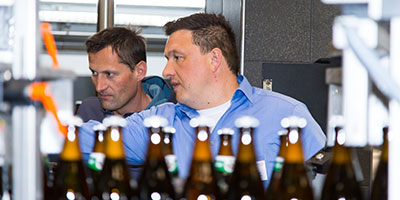 This will also be the case with the HEUFT TORNADO II series based on the new platform for which Product Manager Mr Müller gave an initial preview. It will soon make in-line quality assurance even simpler, more dynamic and more efficient with more flexibility, more automation, more interaction with other devices in the network, audiovisual user guidance and innovative voice control – for consistent quality management that extends from raw materials, filling, contamination detection and labelling through to targeted marking verification.