Representatives from the renowned brewery group discussed solutions for more quality and efficiency with HEUFT experts in Chongqing.

Improving quality standards when filling beer and at the same increasing the efficiency and output of complete lines:  the brewery group has once again been pursuing these objectives with the highest priority since Carlsberg China took over the Chongqing Beer Group last year and with that the market leadership in Western China.  The company’s Supply Chain Director Johnny Pan and more than 60 other representatives from over 40 Chinese Carlsberg production facilities recently discussed with the technology leader how these objectives can be achieved using superior HEUFT equipment.

Jürgen Kurz, the head of HEUFT China, was pleased to have the opportunity to present the possibilities of the HEUFT systems regarding in-line quality assurance and line optimisation in the course of the two-day expert seminar in Chongqing.  Competent experts from Shanghai and the company’s headquarters in Germany travelled there especially for this.

Solutions for optimising efficiency, guaranteeing an extensive fill management as well as inspecting full containers precisely were on the programme on the morning of the first day of training.  Thus the tools of the HEUFT PROFILER series carry out a sustainable acquisition of production data and line analysis.  The HEUFT synchron conveyor control system combined with an ingenious line layout and high-quality conveyors optimises the container flow significantly.

This has the same positive effect on the line efficiency as the HEUFT SPECTRUM VX which identifies, among other things, fill level deviations and fault closures reliably and in good time as a full container inspector but also their causes as a fill management system.  After this the HEUFT spotter SF, which detects foreign objects in full bottles optically, was the focus of the discussion which continued when having dinner together afterwards.

An increase in safety and efficiency

The group was divided up into four expert workshops on the second day after an update on the innovations of the HEUFT InLine empty bottle inspector for which the technology regarding fault detection in the inner finish area was presented.  The workshops covered the topics of empty bottle inspection, line layout / container flow regulation, full bottle inspection, labelling and fill management.  Subsequently the representatives from Carlsberg summarised what they had learned in the course of this in their own words.

For example one realization was that the redundant use of empty bottle inspectors before and full container inspectors after the filler / closer system guarantees the highest degree of product safety:  even foreign objects which only entered the container during the filling process are therefore reliably detected.  Furthermore the Carlsberg employees learned how it is possible to integrate these systems and to significantly increase the efficiency of a complete filling line with the corresponding line design and a superior conveyor control system.  Their feedback was accordingly positive at the end of the HEUFT cooperative event at Carlsberg China.

China is committed to efficiency 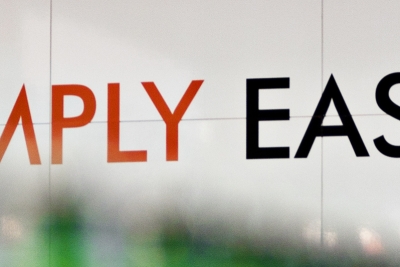