What others proclaim to be a vision of the future has long been the standard at HEUFT.  Our inspection systems have been fulfilling the criteria of a "smart device" for decades.  The next stage of a continuous evolution in terms of development technology now follows with even more automation, real time data transmission and a self-explanatory machine human interface.

The future started a long time ago.  It is here now!  The modular systems of the new HEUFT SPECTRUM II generation are in series production.  The human machine interface turns into a self-explanatory machine human interface due to its audiovisual HEUFT NaVi user guidance.  Consequently complex technologies and systems can be managed intuitively by everyone.

This makes HEUFT SPECTRUM II systems real "smart devices".  Such “cyber-physical systems (CPS)” should herald the start of the so-called "fourth industrial revolution" after the mechanisation, electrification and computerisation of production - with maximum networking, flexibility and efficiency.

A barrier-free "multimodal interface between machine and human" which the HEUFT NaVi now perfects plays a decisive role in this connection.  HEUFT equipment also met the other CPS criteria(1) a long time ago.
The devices of the previous HEUFT SPECTRUM generations were already "systems with embedded software which affect their environment using sensors and actuators".  The best example:  continuous container monitoring including a reject verification.  This ensures that each bottle is really inspected and each faulty one is removed.  The higher computing power of the new HEUFT SPECTRUM II platform and the real time signal transmission via the in-house developed HEUFT ISI field bus system quadruple the precision during the position determination:  the current location of a particular container can now be accurately determined up to 0.5 millimetres.

The previously available HEUFT systems could already "record, evaluate and save data".  The same applies to the "interaction with the physical and digital world":  the new HEUFT SPECTRUM II VX not only identifies deviations in filling quantities and closure faults but also their causes exactly like its predecessor.  For this it continuously monitors filler valves and closer heads and provides exact data regarding their respective performance.  In this way malfunctions are identified before they impair the efficiency and productivity of the complete filling line.

The CPS characteristic "networking via digital communication facilities by means of globally available services" was already met in 1998.  HEUFT systems have had Ethernet interfaces and TCP / IP network protocols since then.  This has made online remote maintenance using the HEUFT TeleService and the acquisition of the production data of complete filling lines possible.

Evolution instead of revolution

Modular HEUFT systems of the new generation with the new self-explanatory HEUFT NaVi machine human interface offer more than a "smart device" of the future should have.  However for HEUFT this does not represent an "industrial revolution".  On the contrary this is the result of a sustainably forward-thinking concept which has been permanently developed in the course of an evolutionary process.  The considerably increased degree of automation and the self-explanatory machine human interface of the HEUFT SPECTRUM II platform are merely the next consistent step in this case. 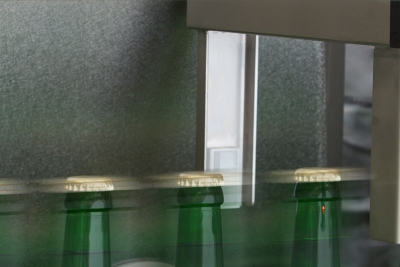 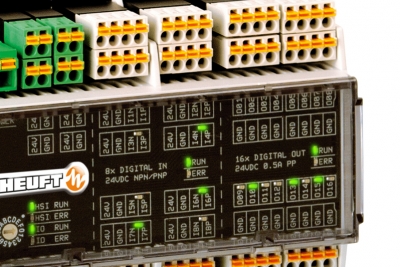